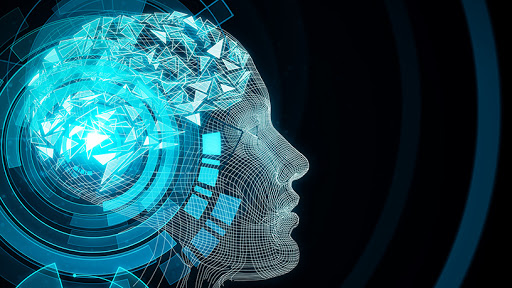 Robots will soon become our partners in life, enhancing our skills and extending our abilities.

Over the next decade, innovative technologies such as edge computing, 5G, artificial intelligence (AI), extended reality and Internet of things will combine to create deeply connected relationships between people and computers, resulting in fully augmented human beings who-will visit their favorite store via an avatar at the ‘Virtual Reality’ Marketplace or www.mvrketplace.com

This is according to the Future of Connected Living report commissioned by Dell Technologies and conducted by Vanson Bourne. The research firm surveyed 4 600 director- to C-suite-level business leaders across four countries, including SA, to uncover their views on the impact of emerging technologies.

The research found the gap between human and machines is shrinking, presenting a new era of human-machine alliances on the horizon. Over the next decade, it says, everything around us will become more intelligent, communicative and connected, with new kinds of networks, devices, interfaces and AI expected to help people augment, enhance and optimise their personal lives and working environment.

The majority of respondents said they are already preparing for these shifts, with 84% of South Africans saying they expect to restructure the way they spend their time by automating more tasks, versus 76% of global businesses.

The five key technology trends that will drive major transformations, resulting in devices not only “talking” to each other, but also talking to humans, and humans talking back to them were identified as: networked matter, robots with social lives, connected mobility, a shift from digital cities to sentient cities, and agents and algorithms.

“In the next decade, society will be an environment of hyper-connectivity in the seams between the home, work and car,” says Liam Quinn, senior VP and senior fellow at Dell Technologies.

“People will be more integrated into their digital environments, which will enhance and continue to drive workforce and IT transformation, human potential and creativity.”

While each technology on its own is a force for change, it is at the intersection of multiple innovations across technology domains, where new affordances are discovered, developed and interconnected, says Quinn.

“From autonomous vehicles to smart homes to digital cities, we won’t just live with our machines, but rather become more immersed and work in partnership with these machines and devices. We will evolve our abilities to programme our lives for stability and resilience, to surpass our own limitations, to become augmented individuals,” the report highlights.

More than half of executives surveyed indicated they anticipate networked reality to become commonplace.

Over the next decade, cyber space will become an overlay on top of our existing reality as our digital environment extends beyond televisions, smartphones and other displays, to include our homes, vehicles, offices, and even our own bodies, the study says.

“The real world will become ‘clickable’ so that every real object is linked to digital information about that object. We’ll interact with content and our communities through immersive interfaces that provide visceral sensations, putting us at the centre of the action. 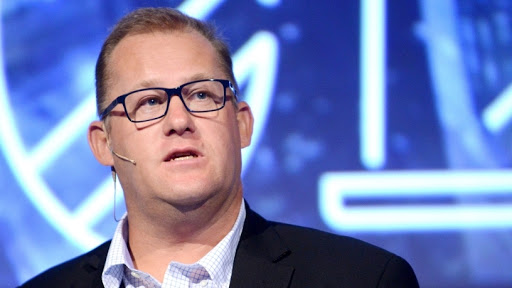 Robots will soon become our partners in life – enhancing our skills, extending our abilities, and also sharing newfound knowledge to their social robot network, to crowd-source innovations and accelerate progress in real-time, predicts the report.

The term “social robot” usually refers to autonomous robots that interact with humans under rules defined by society.

However, the report notes South Africans are a bit more conservative in this area, with only 36% welcoming mind-computer control, while 59% said they are “open” to day-to-day immersion in virtual and augmented realities.

Tomorrow’s social robots, according to the report, will be socially engaged with us, but also with each other. When one robot learns, or is taught a task like how to fold a fitted sheet, it will upload that new-found knowledge to its social (robot) network.

“I think the Future of Connected Living research shows SA is a maturing digital economy that marches to its own beat,” says Doug Woolley, MD of Dell Technologies South Africa.

“We can see this among our customers and partners: there is a serious appetite for digital improvements, but they still keep their feet on the ground and look for solutions that change lives and experiences. They are not scared of technology, but they don’t just believe the hype. They want solutions that matter and last.”

Although in some cases, robots will replace humans, freeing them up to do the things they are good at and enjoy, in many situations though, they’ll become collaborators – augmenting human skills, extending cognitive and physical abilities, and giving them a helping hand or three.

The vehicles of tomorrow will essentially be mobile computers, the report notes. “We will trust them to take us wherever we need to go, in the physical world as we interact in the virtual spaces available to us wherever we are.”

The report states 51% of South African business leaders believe they will travel in a self-driving car by 2030, versus 50% of global respondents who believe so.

“No longer distracted by the requirements of driving, the vehicle becomes a mobile living room for the passenger. Screens in the passenger compartment deliver immersive entertainment experiences that integrate with what’s happening outside the vehicle.”

Other form factors of these mobile computers will be hyper-connected trucks with drivers that never sleep, traversing networks of roads, highways, and even rivers to pick up and deliver cargo of all kinds.

Cities will literally come to life through their own networked infrastructure of smart objects, self-reporting systems and AI-powered analytics, according to the report.

“Intelligent roads will gossip with autonomous vehicles about traffic and safety. Smart power grids will keep a constant vigil on their overall complete health, and specifics all the way down to the stability of a single utility pole.”

Dell notes government data across the globe will foster urban innovation at all levels, from the municipal to the grassroots.

For example, it explains, high-resolution data, pervasive municipal wireless networks and mobile sensors will enable citizen activities such as participating directly in mapping local pollution with mobile devices or tracking the availability of fresh food in poor areas.

It believes that traditional city services and utilities will increasingly be informed by real-time data to maximize resources, increase efficiency and build resilience.

Around 59% of local business leaders said they would welcome people partnering with machines or robots to surpass human limitations, versus 70% of global respondents.

By 2030, each human will be supported by a highly personalized “operating system for living”, which will be context-aware, anticipate our needs and behave proactively for example search for your ideal new product or service having been given the tip from its embedded social media link you may even be unaware until the item ordered digitally from The Marketplace of choice.

Rather than having to interact with multiple single-purpose apps, Dell says tomorrow’s intelligent agents will understand what a person needs – from a night out on the town, to a new deck on their house – and liaise with various Web services, other bots and networked objects to get the job done.

From a security threat perspective, Dell warns that along the way, businesses and homeowners will undoubtedly grapple with negative unintended consequences, from possible threats to privacy and security to environmental degradation to new kinds of digital addiction.

“However, the only way to ensure tomorrow’s technology enables a smarter, better life for everyone, and reaches its true potential to drive human progress is to think systematically about what the future may hold and then make better decisions in the present. These major technology-led shifts may challenge people and organisations that are grappling with change,” according to the research.